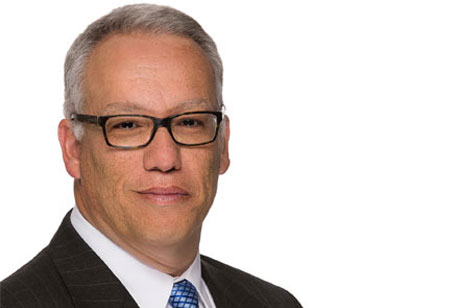 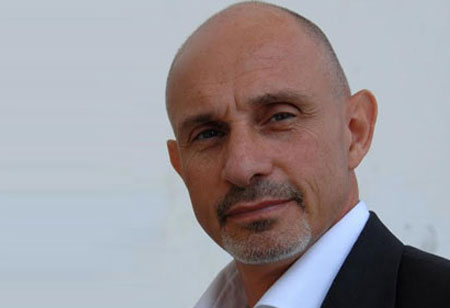 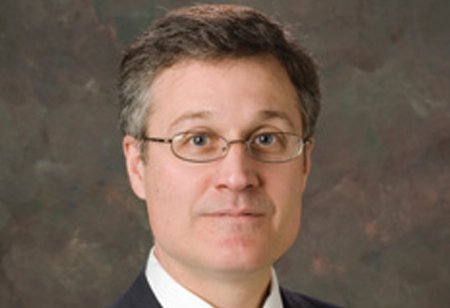 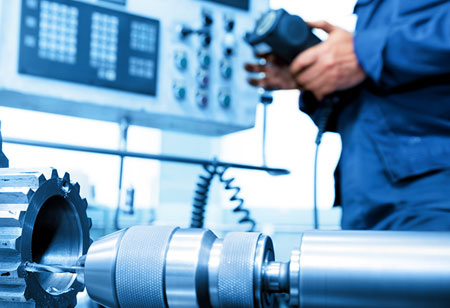 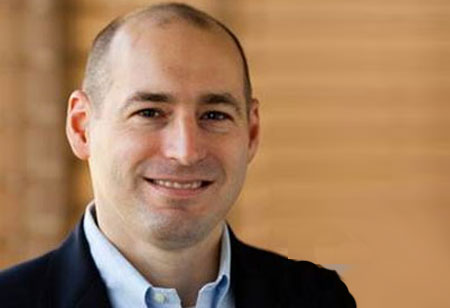 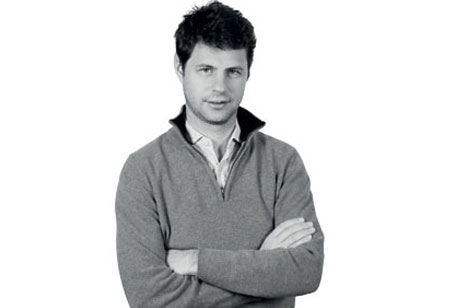 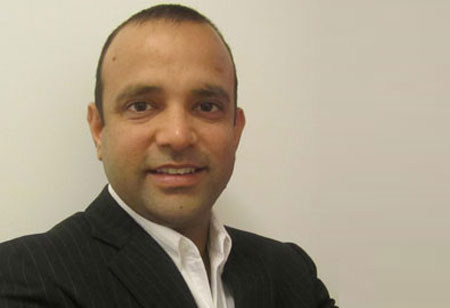 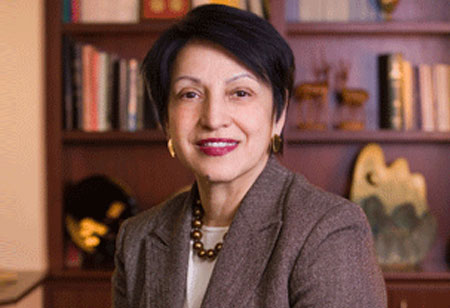 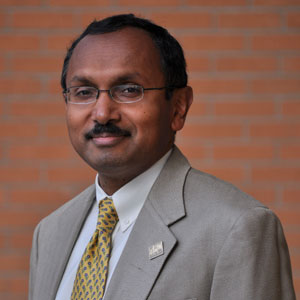 Columbus State University (CSU) is a public institution of higher learning located in Columbus, Ga. Founded as a two-year college in 1958, CSU, over the years, expanded into a four-year institution serving 8,500 students from two Georgia campuses and a facility in Oxford, England. Along with growing in size, CSU evolved its business model to encompass new degree programs, multimedia course content, and online delivery—as well as expanded counseling services to support student success. To gain the business agility it took to meet these demands, CSU virtualized its data center environment on a VMware platform, using HP Converged Infrastructure integrating storage, servers and networking into shared pools of interoperable resources.

“Higher education is a business, and a competitive one,” says Abraham George, Vice President and CIO for CSU’s information and technology services department. In the old days, institutions had much greater lead time to study and implement innovations. Today, they must instantly handle increasing traffic, multimedia learning environments, and changing education delivery models.

Growth at CSU is being driven in part by economic growth in the area. The U.S. Army’s expansion of Fort Benning brings approximately 28,000 soldiers and families to the area, while Kia Motors brings thousands of jobs with its first U.S. manufacturing plant. CSU is experiencing increased demand for both classroom and online offerings. Four years ago, the university offered only 40 courses online; today it offers hundreds, and half a dozen degree programs delivered entirely online. To support the success of every student, the university leverages Oracle business intelligence tools for predictive modeling to identify when counseling intervention is needed. “We need the capacity to run demanding applications, the uptime to operate around the clock, and the agility to react quickly to changing demands,” George adds.

To meet these goals, HP was a natural choice for CSU. The university had relied on HP servers, networking, and storage for more than a decade. CSU also uses HP Z Workstations in its computer labs, HP notebooks for faculty and staff, and HP printers around campus. “We keep abreast of other vendor technologies, but we’ve always had a good relationship with HP,” says Casey Hergett, Senior Manager of Network and Infrastructure at CSU. “HP integrates well with the VMware platform—and when we upgraded and consolidated our servers, HP was a fantastic guide.”

CSU used HP Technology Consulting Services to design its new high performance, energy efficient data center. The university consolidated from approximately 200 physical servers down to an eight-blade HP BladeSystem infrastructure that requires less electricity and cooling, and that even reduced enough footprints to allow CSU to rent out freed floor space. “HP consultants came in and worked with us on the design of our revamped data center, all the way from security to redundancy, including air conditioning systems, fiber coming in and out, and generator systems with backups,” says Hergett.

At the heart of CSU’s data center is the HP BladeSystem c7000 Enclosure that provides all the power, cooling, and I/O infrastructure needed to support modular server, interconnect, and storage components. “I’ve always been impressed by the modularity of HP equipment,” Hergett says. “You can tailor it to specific needs to be more flexible and to save money. You can add capacity when you need it.” The CSU enclosure houses eight server blades. A blade is a self-contained server that contains only the core processing elements, making it hot-swappable. For additional storage, blades can connect to another storage blade or to a network attached SAN.

The HP StoreVirtual P4500 Storage System gives CSU a virtualized pool of storage resources to deliver enterprise SAN functionality. “You have storage but also brains behind it,” Hergett says. “You have multiple interconnected servers. The data that gets written out to that storage is spread across all the different servers and disk drives. That gives us two main advantages. One is redundancy, so that if a drive or even an entire storage node goes down, we don’t lose data, and the end user never knows it happened. Two, if you’re writing to or reading from multiple disks, you can store and retrieve data much faster. You spread out the hardware load and the risk across multiple nodes of storage, all acting as one.” CSU uses HP LeftHand SAN/iQ software to provision and manage storage, and thanks to tight integration between HP and VMware, envisions being able to monitor and manage the environment from a central VMware vSphere platform.

“HP integrates well with the VMware platform—and when we upgraded and consolidated our servers, HP was a fantastic guide”

HP Networking switches deliver high quality networking services with the modular ability to add capacity. The HP Networking Lifetime Warranty delivers next-business-day replacement, with phone and email support. “One of the reasons HP has a leg up on the competition is its lifetime warranty and maintenance,” says Abraham George. “With some vendors, you have to buy maintenance agreements every year, and that gets expensive.” HP Network Management software enables network firmware updates, notifications, and alerts, with single-pane-of-glass control. Recently, CSU started talking to HP about HP Software-defined Networking (SDN), providing an end-to-end solution to automate the network from data center to campus. “We’ll be able to virtualize network components for redundancy, performance and high availability—have multiple physically separate network components act as one unit, so that if switch A goes down switch B takes over for it,” George says.

Server provisioning in the virtualized environment takes 30 minutes, compared to 30 days to provision a new physical server. That enables CSU to quickly adapt its network and systems to accommodate increasing traffic, new services, and demanding applications. Faculty today increasingly run “upside down” classrooms, providing lecture content in multimedia formats to be viewed beforehand, with class time spent working collaboratively in small workgroups. They also expect the latest educational applications to be available quickly in computer labs. In the past, it took a substantial amount of time for the IT staff to reimage computer lab devices; now the task is quickly accomplished, and CSU is even able to give end users some self-service access to machines and their functionality. The next step will be to leverage VMware for a more cloudlike, IT-as-a-Service environment in which staff can provision their own resources without calling on the IT department. “Our HP CI foundation absolutely will support this evolution,” Hergett says.

Another thing the infrastructure now supports is the predictive analytics CSU employs to trigger counseling intervention for students in need. The university uses Oracle Business Intelligence Enterprise Edition (OBIEE); Oracle Data Indicator (ODI); and Oracle Endeca Information Discovery to analyze unstructured data, such as that generated by social media, to detect when a student might be encountering academic, social, or financial difficulties. “We have a goal and responsibility to reach out, intercede, and support students as soon as they are having difficulties,” George says. “Those things would not have been possible in the old environment; it couldn’t have handled the bandwidth or processing. But successful universities of the future will have to do all this.”

Check Out: The Manufacturing Outlook 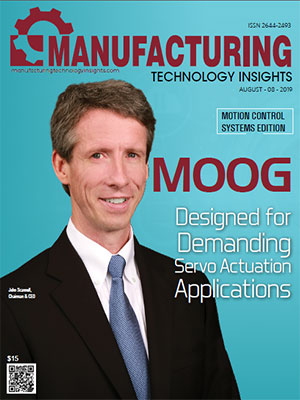 Technology Interwoven with the Fabric of Cars

Using IT to Ease the Travel Experience 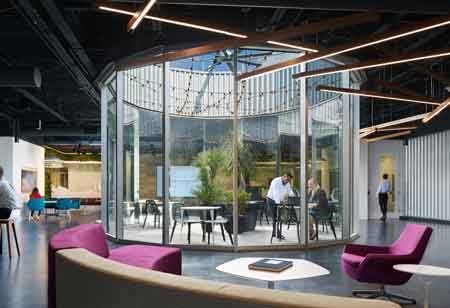 Importance of Nurturing Innovations in the Manufacturing Space